Our most popular mixture, a general meadow mix for well-drained, loamy soils in open sites, this provides a range of plants for a type of species-rich grassland known as an MG5 plant community, that was once widespread in Scotland. There are 17 wildflower & 6 grass species in this mix.

All photographs copyright Guest & Laverack, please do not reproduce without permission 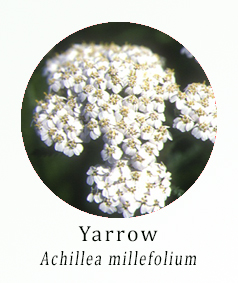 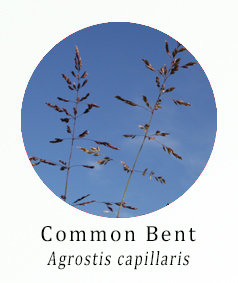 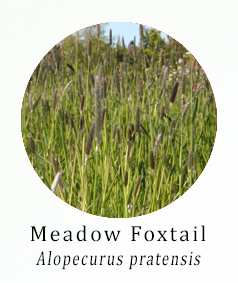 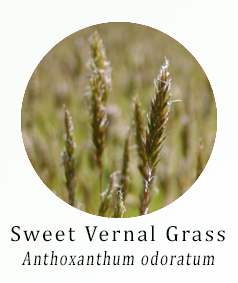 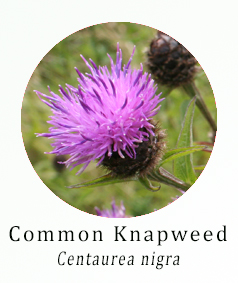 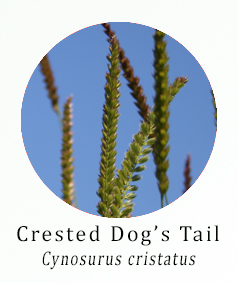 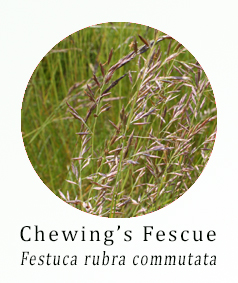 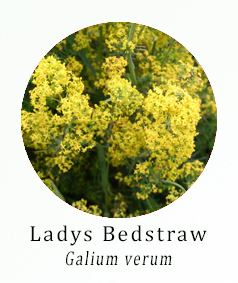 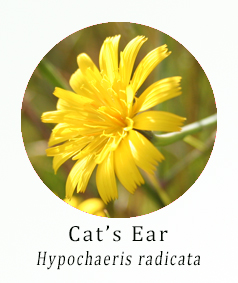 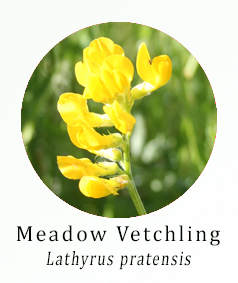 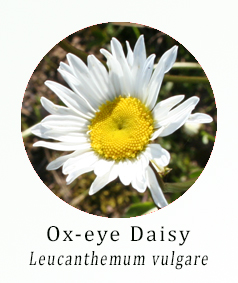 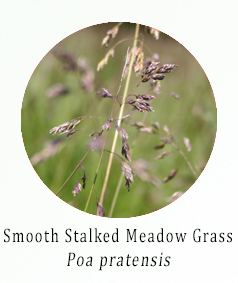 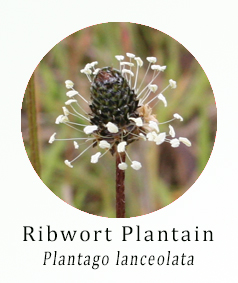 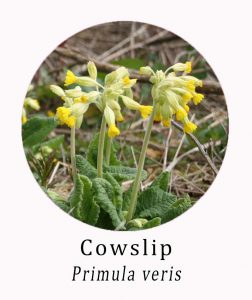 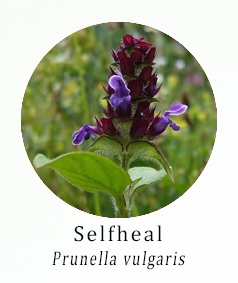 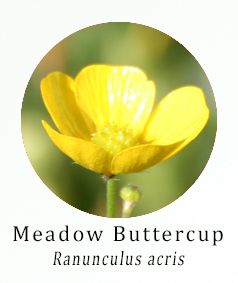 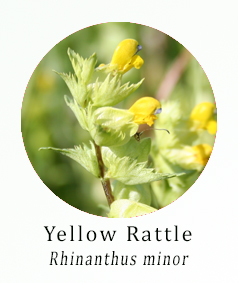 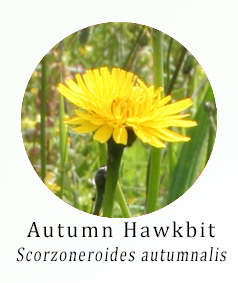 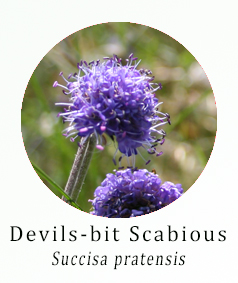 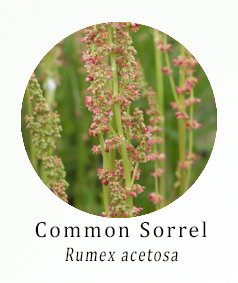 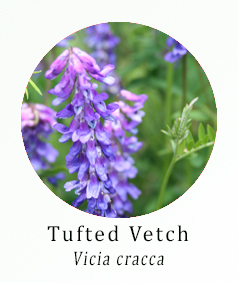 Growing and managing your meadow

Meadows are plant communities made up of wild grasses and wildflowers.

Preparation
Remove existing vegetation by spraying or by ploughing or digging it in (cutting it short first may help).
Existing grass should be killed, although if this cannot be done it is possible to over-sow the grass to introduce wildflowers and other grasses but often this is less effective and sometimes fails.
Prepare a fine seed bed with the soil broken down as much as possible. In small areas break soil down with a fork or rake and in larger areas rotovate with a garden rotovator. For ‘agricultural’ size areas, rotovate or harrow.
In engineering projects or house building where soil is being added, a mixture of topsoil and subsoil (about 50:50) to a depth of about 10-30 cm over existing subsoil is ideal. Subsoil alone can be used but often the soil structure is poor and the fertility low. This means very slow establishment of wildflowers and often domination by plants such as clovers which do not depend on nitrogen in soil for their growth.
Ensure the soil does not contain weed seeds. If Docks, thistles and other perennial weeds are present in the soil they will grow and persist in the meadow – the only way to remove them once they have established is by spot spraying or digging them out. Annual weeds will not persist in the meadow and are not as serious a problem as perennial weed seeds but even these will provide competition for your meadow seeds. If large numbers of weeds are expected on a site, for example a site which has been very weedy over a couple of years, a ‘stale seed bed’ technique should be used before sowing otherwise unwanted perennial weeds such as docks will dominate your meadow. This technique involves preparing the soil for sowing and allowing weed seeds to germinate then killing them off by rotovating or spraying, repeating the process once or twice more. This delays sowing, but can be worthwhile in reducing weeds. Sites which have had only grass growing on them for a long time often have a relatively low number of weed seeds present in the soil.

Sowing
Sowing rate: 3g per m2.
How to Sow: sow on or very close to the soil surface. It is vital to mix the seed at the start and keep mixing whilst sowing as the seeds of different species vary in size and can separate out. As the sowing rate is low you can use an equal amount of dry sand to bulk up the seed so that it is easier to handle and you can see where it has been spread.
When to sow: choose either a Spring sowing (March to May) or Autumn sowing (Mid-August to late September. In Spring, sowing can begin as soon as the soil starts to warm up (later on wet soils). Late sowing after April is possible up to the end of June but there is a risk in some areas of the country after May that seedlings will appear in very warm weather and young plants will be vulnerable to drought. In other areas the risk is quite small and depending on weather conditions, sowing can be done throughout the summer. Autumn sowing gives plants the advantage of an early start in spring but the disadvantage is that the site will look bare over winter with the possibility of soil erosion on some sites and seedlings that unexpectedly appear may later be killed by frost.
Sowing by hand; choose a calm day as seed can be blown away easily. Divide the area into at least four equal parts. Divide seed into the same number of equally-sized amounts. Use the first amount on the first area to get used to sowing at the correct sowing rate. Seed can be spread by hand from a box or bag using a wide swinging action (to cover up to 2m width). Walk up and down in a regular pattern, remember that it can be difficult to see the seed on the ground so you may have to look at your footprints or use a marker. Ideally use half of the seed for each area, sowing in one direction first and using the other half sowing across the way – this helps to avoid any empty patches.
Sowing mechanically: broadcast by seed or fertilizer spreader. Cut the rate down to a very low level to start with and sow twice as above. A seed drill can be used but it must be set to allow the seed to be sown on or very close to the surface.
After sowing: roll the ground after sowing or for small areas seed can be trampled in by foot; any method can be used that will press the seed into the soil surface so that it makes better contact with the soil and will absorb water from the soil more effectively. A very light raking or harrowing before rolling can help to settle the seed into the soil, especially for sowings late in the spring or if dry conditions are expected but the seed should not be buried.

Managing your meadow
Early meadow cut in the first year: an early cut can be useful after sowing if unwanted annual weeds from an existing seed bed appear and grow rapidly. Cutting down these annual weeds removes competition for water, light and nutrients. This cut is not always needed. As a guide this cut is helpful if annual weed growth reaches 30 cm after about 8 weeks at which point the area can be cut to no lower than 10 cm. The meadow grass seedlings can often be seen at this stage and the aim of cutting is to remove most of the weed growth without cutting the meadow grasses and wildflower seedlings. Cut material should be removed so that it does not lie on top of the seedlings and smother them. This cut may not be necessary if there is little growth, few weed plants or the appearance is acceptable. Your meadow species will often survive even quite a heavy infestation of annual weeds which will die out as the meadow develops.
Ongoing management
Meadows should be cut and the cuttings removed once a year at the end of the growing season (normally September). Often this is the only management required. Cutting for hay earlier in the season is also possible as long as the Yellow Rattle has finished flowering and shed its seed. Grazing with animals may be used for managing the meadow by grazing at the end and/or beginning of the growing season, leaving the meadow ungrazed during the middle of the season to allow plants to flower. Heavier grazing over a very short period of time is preferable to light grazing for a long period as there will be less selection of particular plants by the animals.

Yellow Rattle
If the grass in your mix appears to be dominating then it is worth considering adding more Yellow Rattle (Rhinanthus minor). This is a hemi-parasite which photosynthesizes for itself but also parasitizes the roots of some plants, especially grasses, so they produce less growth. This allows the balance of competition to be changed in favour of the wildflower species. As Yellow Rattle also builds up in patches and the host grasses are thinned out the more open patches can be colonized by wildflowers.

Weeding
Pull out or spot spray any perennial weeds such as Docks, Nettles and Ragwort. If the site is free of the seed of these weeds, then they are not usually a problem once the meadow is established.

Meadow management principles
Native species in our meadow mixes compete very well on land that has low fertility, so fertilizer should not be added.
Meadows almost always require maintenance by annual cutting or grazing, without which they eventually turn into rank grass then scrub or woodland.
Finding ways of reducing fertility, including removing any cuttings from your meadow will preserve and improve your meadow. Leaving cuttings will add fertility and can also mulch out your meadow smothering your meadow plants. NEVER leave cuttings on your meadow.
Our meadow mixes contain a range perennial wildflowers and grasses that grow and mature at different rates. In the first summer season after sowing there should be fairly open growth. Occasionally a very few of the quickly maturing perennial plants (such as Red Campion, Ox-eye Daisy and Yarrow) will flower in the first season but most of the wildflowers will begin to flower in subsequent years. Occasionally if fertility is very low, growth, including grasses, might be very slow.